Despite claims to the contrary, Smith machines aren’t bad or useless. When used appropriately they are an excellent and versatile item of gym equipment.

The opinion that Smith machines aren’t very good comes from lazy, re-hashed arguments Ill-informed commentators don’t take an objective view. They miss the wide range of uses of a Smith machine and instead focus on one or two negatives about them.

Why am I qualified to make such claims?

I’ve been a personal trainer for almost two decades. I’m a qualified weightlifting coach. I’ve coached thousands of people using all kinds of kit. There’s little I haven’t seen in the gym.

In this article I’m going to answer the question ‘are Smith machines bad?’

As always, there’s no sponsorship influencing my opinions.

Common Criticisms of the Smith Machine…

When it comes to Smith machines, people use squats or bench press as an example as to why they’re no good. They say the ‘unnatural movement’ is a problem.

In a lot of cases, I’d agree. However, I do think it’s too simplistic to write off an entire piece of versatile equipment on the basis of one or two exercises.

One of the big accusations towards Smith machines is that they aren’t effective because they determine movement patterns.

I struggle to see the difference between a Smith machine and a chest press or shoulder press in this regard. All machines govern movement to a degree.

In fact, research shows that when it comes to training effect (certainly from a muscle growth and strength improvement viewpoint), there’s no difference between free weights and machines. In the study muscle, mass and strength were increased using both approaches.

Squatting on a Smith Machine is ‘Dangerous’

The reputation problem Smith machines have comes from squats. Squatting on a Smith machine isn’t biomechanically natural and allows people to get into positions they aren’t normally able to manage. This can allow them to squat deeper than they may usually manage using a squat rack.

There’s also an opinion amongst some strength coaching circles that the Smith machine offers a false stability of the barbell, which can create lazy technique.

I agree with this as an anecdotal observation. In my gym I often have to make significant technique adjustments to people who have done their prior squatting on a Smith machine.

You can also check out the best knee wraps for squats here if you’re looking for added protection.

At the start of the article, I said there are ill-informed commentators that haven’t taken an objective view. Having done the research, I’ll explain why I made that claim.

I’ll look at the common criticisms of the Smith machine and explain which way the evidence falls.

Evidence: We also know that in athletic training, movement pattern practice is a key element of skill acquisition. This criticism is fair.

Evidence: Lots of evidence shows the Smith machine doesn’t activate stabilizing muscles as well as free weights. This criticism is a fair one.

Claim: Smith machines can cause or worsen knee issues when squatting.

Evidence: This is linked to the previous claim. There’s strong evidence that shows hamstring activation in a Smith machine squat is much lower than in a free weight squat. This is important because the hamstrings help to stabilize the knee joint during the movement. A lack of stability doesn’t cause the injury, but it increases the risk.

Evidence: There is no credible evidence that this is a fair criticism. In fact, resistance training in all forms leads to an overall reduction in injury risk. Whilst Smith machine squats can increase the risk of knee injuries, that’s not to do with position or technique. Instead, it’s to do with reduced muscle activation leading to less knee stability.

In fact, our top recommendation, the Force USA Monster G3, comes with a power rack. So it is perfect if you’re worried about picking up a knee injury from squats.

Evidence: The evidence proves time and again this is utter nonsense. Many studies directly compare dumbbell, barbell and Smith machine exercises and show no significant difference in effectiveness between them when it comes to strength improvement.

Are Smith Machines useful at all?

With the overwhelming opinion suggesting that Smith machines are terrible, it’s about time I offered some balance.

Smith machines are very useful, but you have to look beyond squats. It’s unfair to label an item as useless just because it doesn’t allow optimal technique on a couple of exercises.

If you understand the Smith machine, you can use its strengths to your advantage. Smith machines offer exercise variety and adjustability that most machines can’t match. This is because they’re single use – for example a chest press can only ever be a chest press.

You can use the adjustable nature of the barbell to change anchor and pivot points of exercises. This makes them more or less challenging depending on your requirements.

For example, you can adjust the height of the bar on a Smith machine if you want to do decline push ups with your feet elevated on the Smith machine bar. This will increase or decrease the angle of the push up making it easier or harder.

This single feature enhances the effectiveness of bodyweight exercise.

Examples of Exercise Variety With the Smith Machine

When you look beyond squats and bench press, you can see how versatile the Smith machine is. Below is a handful of exercises that prove the Smith machine is far more than a way to perform various forms of press movements. Add these into your training and see for yourself…

The adjustable bar on a Smith machine is perfect for inverted rows. You can adjust the height of the bar, increasing or reducing the difficulty of the exercise.

You can use the Smith machine for incline or decline push ups. This gives you room for progression, regression and outright variety. Here’s an example of an incline push up.

I use a Smith machine as a bar to elevate my foot on a split squat. I can adjust it up and down relative to the movement, which provides a lot of different options.

Smith machine pull ups are a great way to teach the movement to people who are unable to manage a full pull up yet.

I could go on, but the point is that writing off the Smith machine on account of squats is ludicrous. There are lots of legitimately good exercises that can be done on a Smith machine.

No need for a spotter…

The safety of a lockable bar means that a Smith machine can be used without the need of a spotter. You can train heavy whilst alone without the worry of being pinned under a bar!

You can work on sticking points easily…

In exercises such as presses, often lifters will find a ‘sticking point’. This is a section of the lift where they struggle when the weight reaches a certain point. With a Smith machine you can work on these precise elements of a lift by setting the bar to exact points of a lift that you find difficult.

The large number of settings on a Smith machine means that it can be adjusted to fit all shapes and sizes. As well as allowing you to perform different exercises, it means you can make adjustments to the difficulty of said movements.

At Strong Home Gym, we like to offer a considered opinion on a topic, without jumping on a bandwagon or trying to be controversial for the sake of it. We value honesty and integrity, so making bold claims isn’t our style.

In researching this article I’ve looked at scientific studies and coaches’ opinions. I’ve also watched videos and used my own anecdotal observations. There has been no bias in this, just a presentation of facts and information as I found it.

The Smith machine has some strong positives in favor of its use. We know that the research shows it is an effective way to build muscle and strength. It also gives users a chance to perform a wide variety of exercises. These include inverted rows, incline and decline push ups, shoulder or bench presses, split squats and the like.

You can adjust the Smith machine to make the exercises easier or harder as well. If you want to train certain elements of a lift, such as a sticking point, it can be a fantastic way of doing so.

Some of the common criticisms of the Smith machine we have found to be completely untrue. Especially when exposed to testing and thorough scrutiny.

That’s not to say it’s all plain sailing for the Smith machine though. We know that it’s not the best option when it comes to squats. A Smith machine isn’t brilliant for athletic or sports-specific training either, because it doesn’t allow an athlete to practice movement patterns.

But they aren’t a reason to write it off completely.

In a home gym, where budget and space are at a premium, there are more useful items of equipment you can buy. If however, you have both space and the money to invest in a Smith machine, you aren’t wasting your money.

If you are in the market for a Smith machine, take a look at our in-depth guide to the Best Smith Machines. It’s chock-full of detail so you can make the very best choice for your needs. 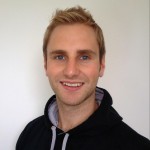 2 thoughts on “Are Smith Machines Bad? Myths and Facts”